SBI card IPO; with this IPO Indian investors will have a chance to invest in

credit card companies as there is no other listed company in stock market which only focuses on Credit card business.

Carlyle Group entered the business in 2017 by buying out the stake of GE Capital, who had been associated with the company for over two decades. GE Capital’s stake sale was bought by both SBI and CA Rover. CA Rover paid Rs 2,000 Cr for its 26% stake, valuing the company at Rs 7,700 Cr at that point.

The company will sell 14% of its equity in the IPO. The details of this issue are

The fresh issue of shares is 500 Cr, these will be used to strengthen the company’s capital base and ensure its compliance with RBI directives. SBI Cards is registered as NBFC – ND – SI (non-banking finance company – systemically important non-deposit taking company).

Unsecured loans have been the fastest-growing category in retail credit, registering a 28% CAGR in the FY14-19 period. 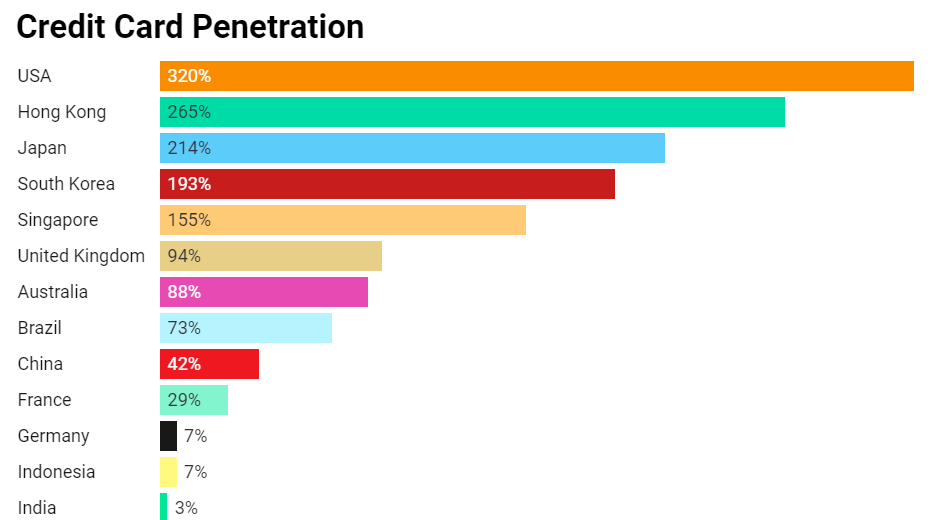 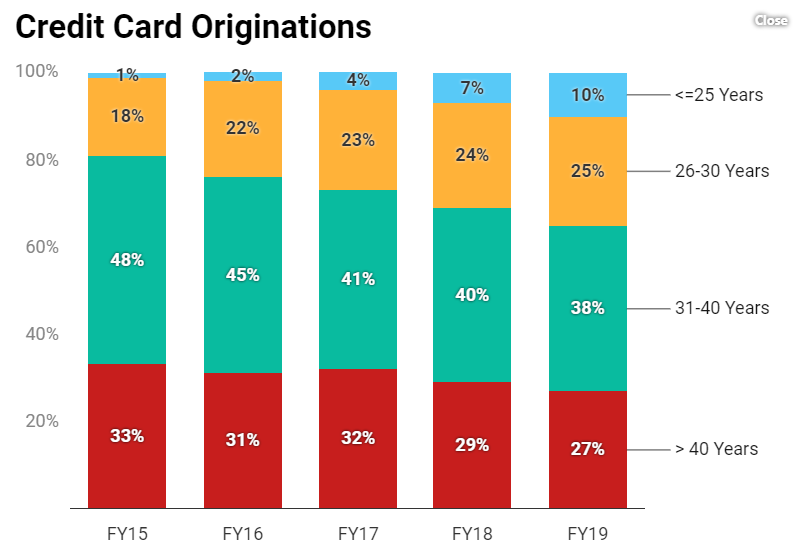 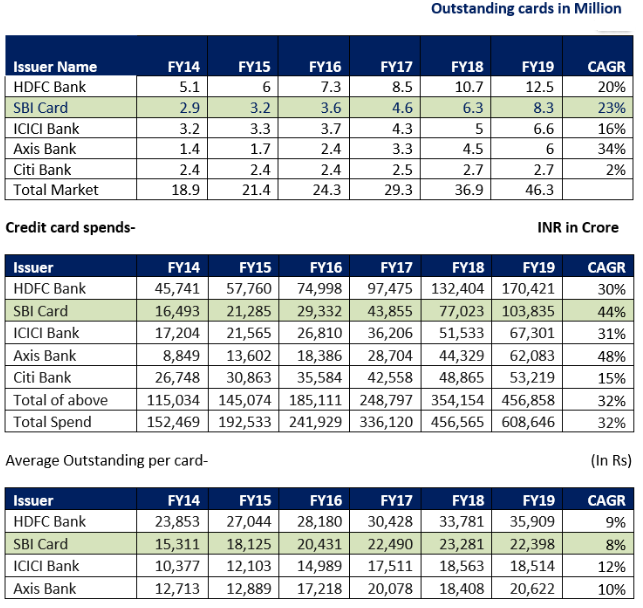 Income From Fees –Income from fees and services is the major component of fee income. These are earned by levying various fees and charges to its cardholders. These can be broken down into three subcategories

The company also earns other income, these are not from the business operations. These consist primarily of income from investments/FDs, recovery from bad debts written off, liabilities and provisions written back and tax refunds.

The Credit card receivable portfolio falls in the unsecured retail category. Managing credit risk is the holy grail in running a credit card business. We have seen instances in the past where a slow economic growth can severely impact the collections of credit card companies.

Economic growth and specifical parameters like consumer confidence, unemployment rates, consumer spending and demand for credit are important drivers of a credit card business. The slowdown in any of these will hamper the business, like in 2009 loan defaults had risen due to job losses in the IT and BPO sectors, which heavily impacted unsecured lenders.

Distribution and scale are key factors. A weaker distribution channel will increase costs and in a downturn hurts companies.

Regulations also can spoil the party for credit card companies. For instance, in 2009, there was an RBI guideline that restricted credit card companies from harassing customers for recovery of dues. In addition, recovery agents had to undergo 100 hours of training at IIBF(Indian Institute of Banking and Finance). This slowed down the recovery process.

The company receivables are short term in nature and its source of funding are commercial paper, non-convertible debentures and working capital loans from banks. Any mismatch between the receivables and the company paying its debt can lead to liquidity risk.

There has been an emergence of UPIs and payment wallets, which have helped in moving to a cashless setup. While the selling point of credit card companies in the free credit period (50 days) which these platforms do not offer, we cannot rule out any disruption in this space. We need to keep an eye on the developments in the payment landscape in the country.

What happened to the Barclays card business?

It was shut down, the performing portfolio was bought by Standard Charted bank and the stressed asset portfolio by Kotak Mahindra bank in 2013.

Credit card penetration is low in India, companies that have scale and stronger distribution network can expand to smaller cities. Cards issued to NTC (new to credit) customers is growing rapidly. NTC customers are defined as those who have got their bureau record for the first time. NTC customer base has increased by 20% CAGR over the last three years to reach 3 million at the end of FY18.

SBI Cards having a strong parent backing, been in the business for two decades and having a strong distribution channel and scale will certainly benefit from the developments taking place in the payment ecosystem.

The question that we as investors need to ask is – Will we make money by investing in the company? and what are we paying? will the valuation be over the roof?

SBI Card is the first IPO in the credit card space. Considering the huge scope of credit cards in India and considering the low penetration levels. It’s a great business to invest in. The current trend in the market is to invest in companies that have a sustaining business model for the future and has a significant market presence. SBI Card IPO qualifies in both of them.

We recommend a SUBSCRIBE to this IPO. Apply for minimum lot size to have a good chance of IPO allocation.

Disclaimer and credits! – All the above facts are obtained from SBI Card DRHP link, Captial minds    – https://www.sebi.gov.in/filings/public-issues/dec-2019/sbi-cards-and-payment-services-limited_45160.html

we thanks Gourav Gupta’s(Equialpha.com) answer in Quora link below:- 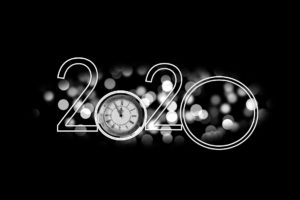