This post was most recently updated on June 14th, 2020

Will stock market rally continue in 2020?

While many people are getting into fear of missing out (FOMO) mode, many experts are questioning is this stock market rally for real?

Just as of 1st June,  Moody’s downgraded India from Baa2 to Baa3 negative! The Indian govt is getting heavily criticized for not giving significant support to the industry.

There is a big fear of mounting NPAs from banks and NBFCs, Factories remained shut for over a month in Q1, auto sales were 0 for the first time in history and remain subdued in May 2020.

In the west, Federal reserves are leaving no stone unturned and printing money aggressively. The US national debt has reached approx $25 trillion.

As the quotes of famous investor Rakesh Jhunjhunwala start appearing(coincidently they appear the most when the market rises!) saying – ‘I will have never invested in market if I listened to economist’,  The retail investors are thinking have they missed the biggest opportunity?

While people may have forgotten about 2008 market crash after the 30% bounce back. Let’s do a comparison between 2008 and 2020 and check will stock market rally continue in 2020?

When we looked at the data for the first 4 months of the 2008 market crash, we found some similarities between the current bounce back in 2008 as well! What happened after April 2008?

At the end of April 2008, FOMO started kicking in people who thought they are missing the chance to invest at low levels. But the market went down sharply from May 2008.

People realized that the bounce in April 2008 was nothing but a dead cat bounce! 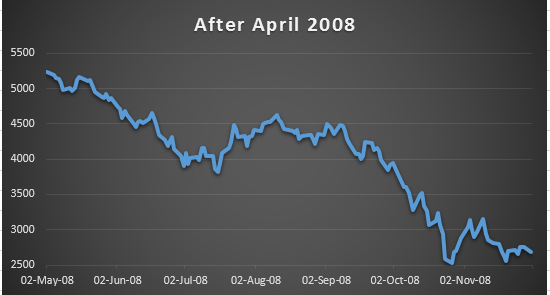 2020 stock market crash although not exactly similar to the 2008 market crash but there are some similarities.

The market crashed rapidly in 2020 compared to 2008 but it has bounced back sharply as well. We are just 20% away from all-time highs! Does it sound similar to the 2008 market crash?

Will stock market rally continue in 2020?

Well everyone wishes that they have a crystal ball to predict the future but until we find that let’s have a look at what we are dealing with and see if the stock market rally continues in 2020?

Is this a bear market rally or are we back to the bull market?

Only time will tell what happened next in the stock market. But we need to be increasingly conscious of the stock market rallies and do not get FOMO mode while buying stocks. 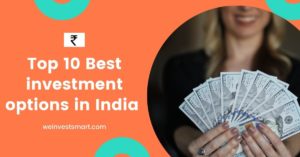 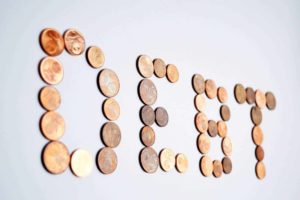 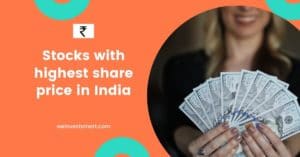